Cheap vs. Expensive Wine Can You Taste the Difference? 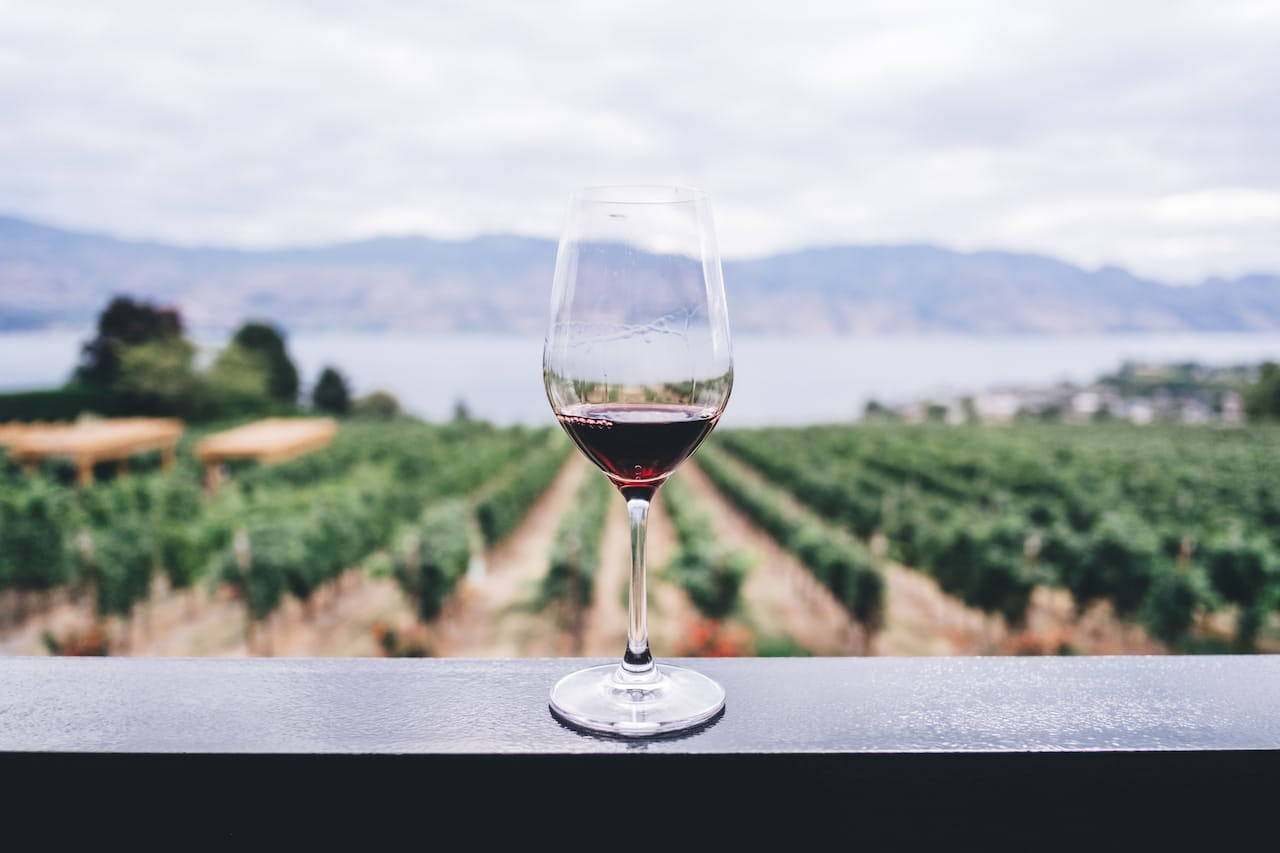 Some friends had my wife and I over for dinner this past weekend. They cooked French food from a classic Julia Child cookbook, and we sampled wines from Sonoma Valley, California and Burgundy, France.

It was a great time, made even better by the stories that came along with the wine. We had recently visited the winemaker who produced the California wine with the friends who had us over that evening, so we reminisced about that weekend and some of our other trips up to Wine Country. Our friends then told us about the French wine, which they had picked up last month on a trip to Paris and Burgundy.

Living in the Bay Area, so close to the Napa and Sonoma Valleys, we’re pretty regularly exposed to wines and wine collectors. Most of the wine sold directly by smaller winemakers around here is fairly expensive by my standards. A bottle of white wine in Sonoma or Napa generally runs between $25 and $40, and a bottle of red will set you back $30 to $50 or more.

That’s a far cry from the $8 to $10 my wife or I would typically spend on a bottle from Trader Joe’s or the local market. That difference got me thinking this weekend. Can I taste the difference between cheap and expensive wine? Can anybody really tell the difference?

I’m not much of a wine drinker lately. I would usually rather have a beer, a scotch or a cocktail, like a gin and tonic. I used to drink more wine, but I’ve suspected recently that it (red wine in particular) might be the cause of migraine headaches I get from time-to-time (that’s a whole different story).

Back when I was a traveling business consultant with an expense account, I attended a lot of company and client dinners at big expensive restaurants. It wasn’t uncommon to drink red wines at those dinners from wineries like Far Niente, Silver Oak or Cakebread Cellars. Wines like that retailed for upwards of $80 and cost much more in the restaurant.

And wow, that wine tasted amazing. All of us at the dinners talked about how great the wine was, and which wines we liked most at the $100 a bottle price point. Funny thing is, I’ve never bought a bottle of wine that expensive when it’s on my own tab.

Looking back on it, it seems pretty funny that a 20-something American like myself who hadn’t even sipped red wine until I was 22 would suddenly be a wine expert specializing in high-end offerings. But, we all seemed to think there were mind-blowing differences between the high-end bottles and the free cheap bottle the hotel gave us at check-in for being a regular guest.

Maybe we could tell, maybe we couldn’t. I can’t really say because we never did any side-by-side tastings, and certainly didn’t try any blind tastings. I still haven’t ever tried a blind wine tasting to see if I actually prefer more expensive wines over cheaper ones.

That’s what got me thinking this weekend. How many people really can tell the difference between cheap and expensive wine? Are there really that many people with refined palates out there?

Science Has an Answer

It turns out that plenty of people have asked that very same question. Some scientists have even attempted to answer that question with double-blind studies involving 1,000s of tastings.

In particular, Robin Goldstein and a team from the American Association of Wine Economists wrote a paper about the issue called “Do More Expensive Wines Taste Better? Evidence from a Large Sample of Blind Tastings.”

The experiment was conducted in 2007 and 2008 and led to the findings in the paper I mentioned, as well as a book by Goldstein titled The Wine Trials: 100 Everyday Wines Under $15 that Beat $50 to $150 Wines in Brown-Bag Blind Tastings. Goldstein now also writes for the Freakonomics blog.

Over 500 people tasted wine flights composed from 523 different wines ranging in price from $1.65 to $150. They then answered the question “Overall, how do you find the wine?”

The bottom line is that in blind tastings of regular people, there is no correlation between the wines they like and the price of the wine. In fact, the paper found a slightly negative correlation, suggesting that regular people actually prefer cheaper wines.

Among wine experts (people with formal wine training), the test found a slight positive correlation between the price of wine and the scores assigned by the reviewers. Experts, it seems, really do prefer more expensive wine according to the experiment. About 12% of the participants were labeled “expert,” because they had some wine training, such as a sommelier course. 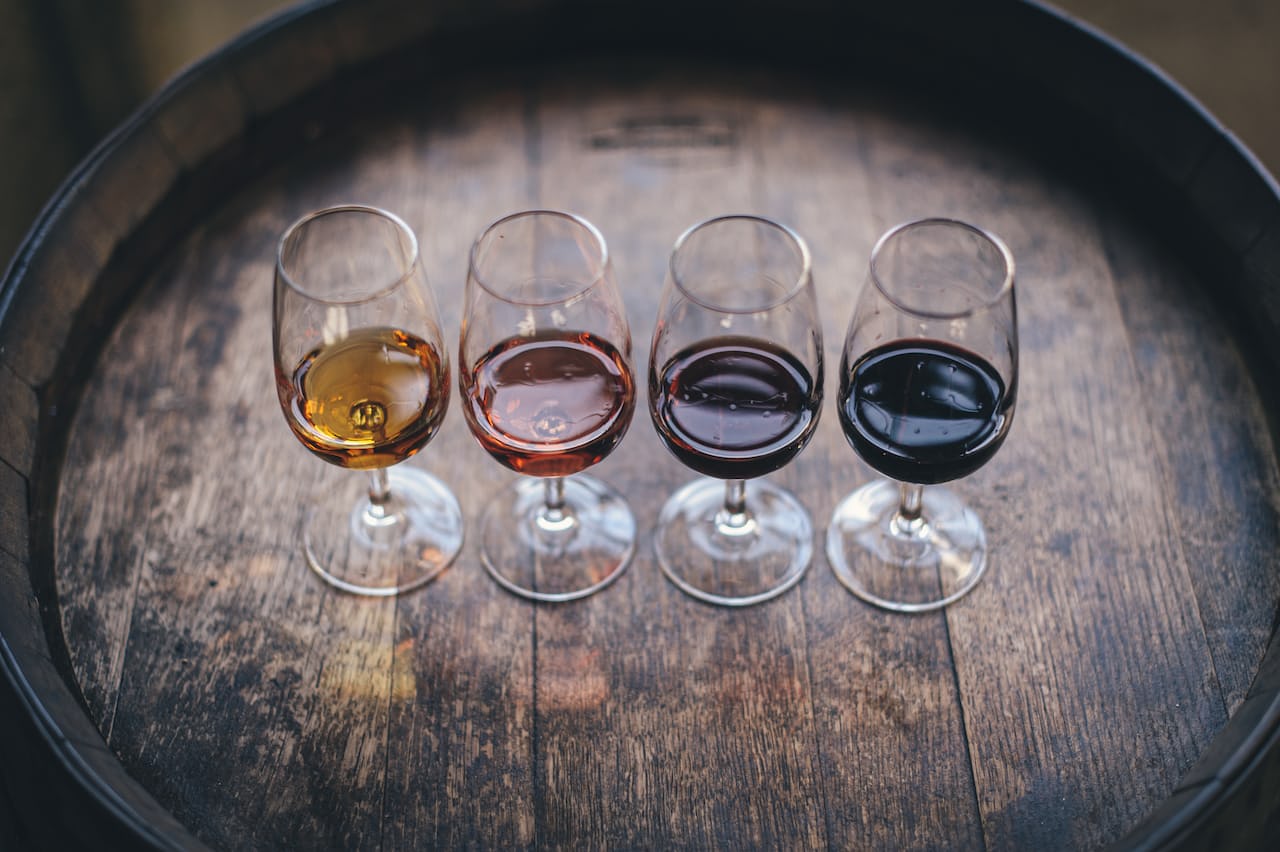 How Does Price Influence Us?

So, if non-experts actually prefer cheaper wines, why were all of us young business consultants so convinced that the expensive wines were so sublime? Were we all experts? Definitely not. As I mentioned, I had only been drinking wine for a year or two before becoming smitten by the good stuff, and I had definitely not had any formal training. None of my colleagues had any formal training either.

Now, it is possible that someone without formal training could actually tell the difference between cheap and expensive wine. A non-expert could even prefer the expensive wine. But certainly we didn’t all have naturally refined palates.

The reason for our preference was the subject of another test, conducted by Johan Almenberg and Anna Dreber of the American Association of Wine Economists. The results of their test were published in a paper earlier this year called “When Does the Price Affect The Taste?”

Almenberg and Dreber’s test found that people (especially Women) assign a considerably higher rating to wine when informed before tasting that the wine retails for $40 a bottle.

I wasn’t really surprised by the results of either test. As consumers, we’ve been conditioned to expect a positive correlation between price and quality. Ever hear the saying “you get what you pay for?”

It turns out that in wine and other “positional goods” (what economists call products and services whose value is mostly a function of their desirability), price is often used as a marketing tool. A more expensive price signals value, affluence and high status to potential customers.

The wine “experts” who rate wines for big magazines can have a big affect on what we like, but not necessarily because we think the wines taste better. The wine ratings in major publications are highly correlated with the price of wine, meaning a more expensive wine is likely to score higher.

As consumers, we often prefer the more expensive good or service over the cheaper one, even though the cheaper one might satisfy us better. This may be because we enjoy the status that expensive things convey upon us. Your friends know that you like expensive wine, so they perceive you as being high class.

It could also be that we prefer more expensive products just because we’ve been conditioned to expect them to be higher quality. That’s the power marketing has over us.

Thinking about these results, I can’t help but think there’s something about the way economists look at things that misses the point. When you reduce wine simply to how it tastes in a clinical setting, yes, you can say that people are wasting money on more expensive wine that they don’t even really prefer.

In real life there are so many other reasons you might enjoy a bottle of wine. The place and setting you drink it in, the friends you’re with or the food you pair it with all come to mind.

Thinking back to our dinner with friends this weekend, it’s clear that anything a blind tasting might tell us about the wines we were drinking would have almost been irrelevant.

Our friends collect wine for the experience. They love getting to know the winemakers, attending events, talking about wine and spending leisurely Sunday afternoons with friends in Wine Country.

They may or may not have “expert” tasting abilities. And who really cares? They can afford the wine and it makes them feel good to buy it. It’s much more fun than reducing life to economics.

Still, I can’t help but wonder, could I tell the difference between cheap and expensive wines? It would be an interesting experiment. I may just have to find out.

Can you tell the difference? Does it matter?