The Audacity of Action How to Stop Pretending and Start Influencing 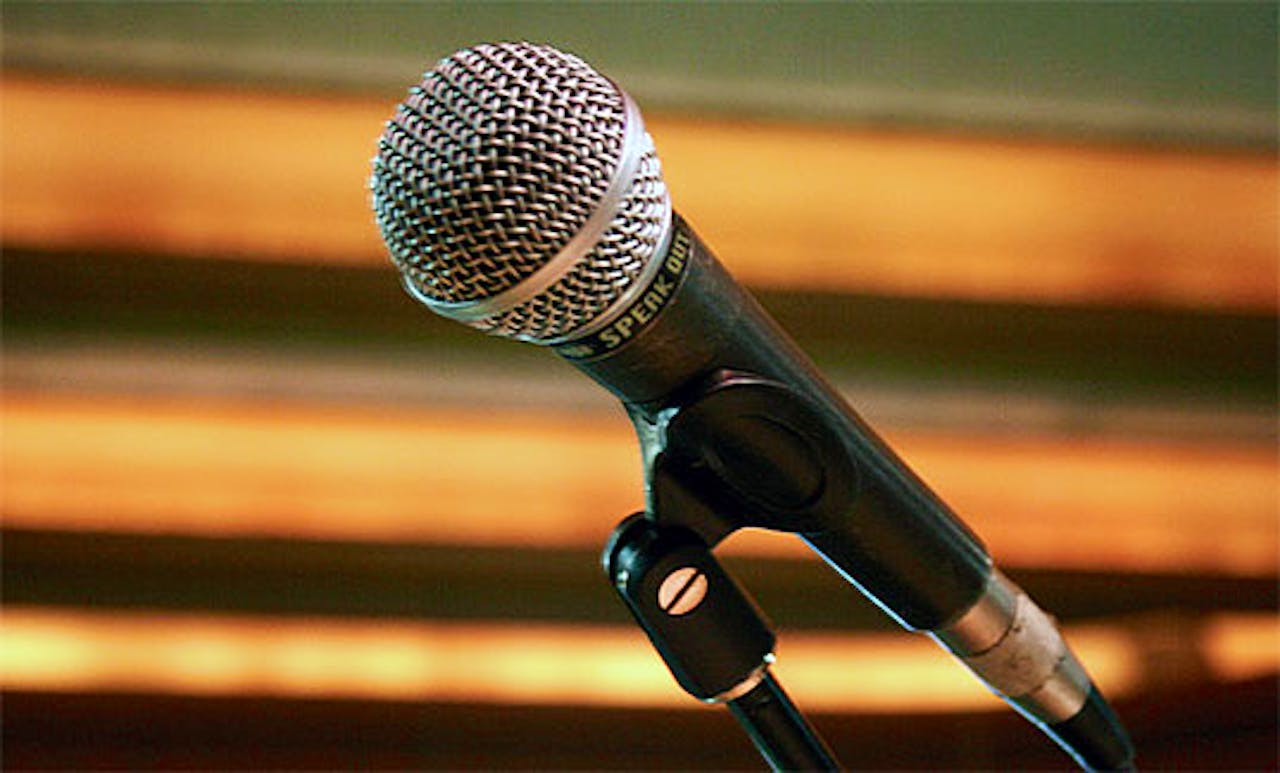 Note from Corbett: The following is a guest post from Matt Gartland. Matt recently partnered with me to design and launch is new blog and legacy project, both of which I think you’ll really love. Matt’s project was one of the most enjoyable projects I’ve ever worked on, and I attribute that mostly to Matt’s audacious vision and the fact that he’s a hell of a nice guy. Enjoy Matt’s guest post and check out his new projects.

“Thinking is easy, acting is difficult, and to put one's thoughts into action is the most difficult thing in the world.” - Johann Wolfgang von Goethe

These lemmings don’t advance the ball or raise the bar on any front. They aren’t entrepreneurial game-changers, mental-modeling thought-leaders, social mavericks, life hackers, or cultural linchpins.

In sum, pretenders are sad puppets dancing from the fickle strings of manchurian lifestyles and popular opinions.

If you’re reading this, then odds are you aren’t one of them. Your ideas are rooted in substance. Your convictions echo your experiences. Your integrity is intact. Good for you! But pacing the sidelines with your thinking cap on isn’t enough…
It’s time for you to get in the game!

So drop the cap and buckle-up the helmet. This competition for positive influence ain’t for the cheer squad. It’s a battle in the trenches. It’s full contact. It’s audacious. Make sure you bring the proper attitude, namely…“You play to win the game!” - Herm Edwards

a public declaration of intentions, opinions, objectives, or motives, as one issued by a government, sovereign, or organization

Crafting a manifesto is perhaps the keystone action-step in your gameplay for influence. By definition, it’s a vehicle for you to publicly share your beliefs. And as Simon Sinek (a mental-modeling thought-leader) says, “If you talk about what you believe you will attract those who believe what you believe.”

Sharing beliefs works because they connect with people on a deep emotional level. As such, they answer the question “why” - why you exist, why you write, why we should listen to your message and follow you. This is the mortar that congeals like-minded people behind a common cause with passion and resolve. In turn, it galvanizes action of the people in kind with the shared beliefs.

To see this magic in action, consider briefly the most famous manifesto in history (at least American history) - the Declaration of Independence.
This 1,337 word manifesto (shorter than this article) delivered a striking thrust to the jugular of the British Empire. It begins…

When in the Course of human events, it becomes necessary for one people to dissolve the political bands which have connected them with another, and to assume among the powers of the earth, the separate and equal station to which the Laws of Nature and of Nature's God entitle them, a decent respect to the opinions of mankind requires that they should declare the causes which impel them to the separation.

Then the hammer falls..

We hold these truths to be self-evident, that all men are created equal, that they are endowed by their Creator with certain unalienable Rights, that among these are Life, Liberty and the pursuit of Happiness.

These stanzas form an epic one-two punch. The first sets up the legitimacy of the colonists' beliefs and rights of revolution as a matter of Natural Law. Then, atop this high moral ground, the knock-out blow is delivered in the form of absolute ideals.

Indeed, the founding fathers were no pretenders. Despite the risks to life and limb, they boldly confessed their beliefs. And in so doing they unified beyond doubt the people of 13 separate colonies into a single and motivated nation. The results, I think, speak for themselves.

Yes, a smart manifesto can do all that. Such is your charge - to convey your ideals to your readers, friends, and world-order in unquestionable terms.

Should you need more manifesto examples and/or inspirations then look no further than Chris Guillebeau and our host Corbett Barr. Chris has authored two sensational declarations - A Brief Guide to World Domination and 279 Days to Overnight Success. Likewise, Corbett has unleashed his own - 18 Months, 2 Blogs, Six Figures. And I’ll toss my own into the fray - Fearless Health. Each is free, so no excuses.

Now that the action-ball is rolling, you should consider baring your soul…

Manifestos are great for establishing your character and mission in irrefutable terms. But in our socially gun-ho society, that’s often not enough. Your friends and followers don’t want to know just what you believe. They want an insider’s pass to knowing you.

The Internets are abuzz with many terms that illustrate this new-age craze - transparency, authenticity, intimacy, etc. All are meaningful and necessary but can easily be taken too far.

Welcome to the trippy wonderland of baring your soul.

Before going full monty and exposing the goods, let’s review what baring your soul is intended to accomplish. Consider the following…

This isn’t a comprehensive list. But it is an actionable starting point for boosting your personal credibility, and thus influence. You don’t need me to tell you that shape-shifting brands suck and steadfast ones are sexy. The latter is attractive because it’s of honest human creation, not a contrived production.

Some will disapprove of your (modest) amount of skin-showing.

That’s cool because you probably don’t want them hanging around if they aren’t in lock-step with your beliefs. At the micro-level, thinning the herd on occasion is a good and healthy thing. At the macro-level, heed the wisdom of Tim Ferriss, “The sure path to failure and misery is trying to please everybody.”

Don’t be that guy.

But for humanity’s sake, don’t bare it all. No one wants to pick through your dirty laundry. That’s just gross and an abuse to your reader’s attention. Share a few insider secrets that make you “you”. And keep the private parts where they belong. Transparency is no license for a peep show.

I haven’t written my soapbox speech yet. But I assure you that it’s coming very soon. If you desire an early glimpse into my soul, then consider joining my League of Avengers. The included (free) Anti-Hero Basic Training program will reveal some early secrets.

Mastery of any skill, art, profession, or other venture takes time. Said differently, there are no overnight successes. Failure is required. Learning is required. Adaptation is required.

Becoming influential is a process, not an appointment.

But who am I to give such advice?! Truth be told, I’m far from any meaningful level of influence. But I’m in high-gear and racing forward. For now, however, let’s turn to two gents that know a thing or two about being influential - one long dead, the other very much alive!

"We are what we repeatedly do. Excellence, then, is not an act, but a habit.” - Aristotle

“The sum total of the habits of a man is his nature.” - Julien Smith, In Over Your Head

Pretenders don’t get this (or don’t want to get this). Why? Because attaining the honor of being a respected thought-leader is damn hard work. It’s an elite club that not everyone gets invited to join. You need to want it…really want it. And if you do, then you must put in the time…again and again.

Such devotion speaks to your habits, as Julien stated.

Habits are the railway tracks that provide direction, stability, and momentum. Solid habits enable you to steam ahead - day after day - ever increasing the momentum of your influence. But half-hearted habits (or worse) can easily askew your railway tracks and lead to your derailment.

Take it from the habits master himself, Leo Babauta…

"These habits [of success] are not born overnight. You can’t tell yourself, 'Hey, self, I am going to become an early riser, starting tomorrow morning!' Well, you can tell yourself that, but if you think that it’s going to happen so quickly, you are clearly delusional.

No, these habits must be cultivated through daily practice. It is my belief that you must practice a habit, as focused as possible, every day for a month. When I only do it for a week, it doesn’t take hold. But when I’ve done it for a month or longer, it does. And that doesn’t mean that I’m successful each and every day…but the important thing is that I try, and when I fail, I learn from those mistakes."

And lastly, don’t you dare forget to be intentional…

Intentional living is the true essence of it all - taking action, declaring beliefs, being transparent, remaining motivated, etc. For my purposes, I adopt the Wikipedia definition of the term…

"Intentional living typically refers to an individual's awareness and choice of lifestyle. However, whereas lifestyle refers to 'a way of life or style of living that reflects the attitudes and values of a person or group,' intentional living refers not simply to any way of life, but to those intentionally chosen by an individual based on awareness of her/his values and fundamental beliefs."

This is a broad notion to be sure. And though simple in it’s intent, intentional living is deceptively complex in practice. Why? Because of the pavlovian world that we live in.

Instant gratifications rule the day. Many are tempted (if not brainwashed) by the concussion of mass-media and propaganda of big business. The net effect is tragic - a populous largely detached from their own emotions and self-interests.

Intentional living is the panacea - a universal antidote to modern zombie-ism. It’s about taking action upon the ideas in your head, the passions in your heart, and the values in your soul. This, and only this, is the path out of the dark forrest and into a haven of meaning and influence.

This path, however, is not a straight line. It’s non-linear; a winding road if you will. Hence, the smart man who pursues a stature of influence does not aim. He steers.

The difference is paramount.

Aiming is a one-shot trigger-pull at a fixed sight. But what if you’re off - even slightly? Steering eliminates this risk. When you steer, you set sail with a general trajectory towards a given horizon. Then, throughout the voyage, you take bearings and adjust course as needed.

Our pretender friends can’t fathom any of this.

“Intentional living” is not in their vocabulary. I guess that means the responsibility of advancing the ball and raising the bar is yours and mine. Treasure this responsibility; it’s an honor and privilege. And don’t fumble it. You are playing to win the game, right?!

We’ve only just scratched the surface of how to stop pretending and start influencing. It is, I think, a bloody good start.

But if you wish to take your audacity for action deeper then I suggest you consider the aforementioned Tyler Tervooren’s Guerrilla Influence Formula. It’s a super nifty program that might just be the kick-in-the-pants you need to jump-start your difference making.

Now go forth and do great things!

Matt Gartland is an anti-hero avenging injustices of creativity. His legacy project is to chronicle 10,000 Random Acts of Greatness in 5 years. And he shares bold ideas for confidently living above low expectations on his Modern Audacity blog. Learn more about Matt’s audacious pursuits to spark change!